Bob: Well Jim it's been quite a week so far, but I understand our hostess has been "going nocturnal" to enter our first event of the day.

Jim: That's right Bob, Finny has pulled out all the stops to win in Mr Tuck's Late Night Human Wake Up Event. Fin's expertise in this event is really going to pay off.

Bob: Jim, let's get right to the video!

Jim: Um, Bob, we don't have any video... seems our host nation of Fin-Land didn't shell out for the Night Vision. We weren't "allowed in the room" for the live play by play, as it might have altered the outcome. Only the cat can be the waker-upper in order to medal in this classic event.

Bob: We're told by "The Mom" that the competitor began the event at 12:30am! Now that's taking it to the Mat-tress Jim!

Jim: The Mom fought back with a classic Ignoring You Fake Out, but Fin is a champion and she began an aria of meows that no human could ignore. The Mom struck back with a "Shut it Little Cat!" yell, but again Fin struck back.

Bob: I understand she brought out the big guns, and knocked over a glass of water on the nightstand right into the pillow!

Jim: That's right Bob, and it was OVER! Our champion was rewarded with a late night snack. Speaking of snacks let's get right into our second event, Competitive Eating. 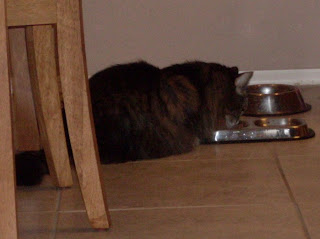 Bob: She goes right in for the win! Look at that determination! That Chick-Hen doesn't stand a chance! She may need to change position to get those last bites.... NO!! She does it!!

Jim: Wait Bob! There seems there's a doping scandal! One of the other teams has photo evidence of performance enhancing additives!! What an upset!! 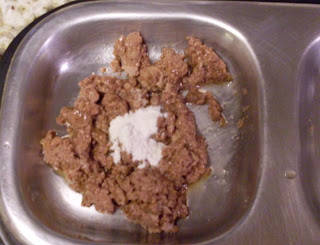 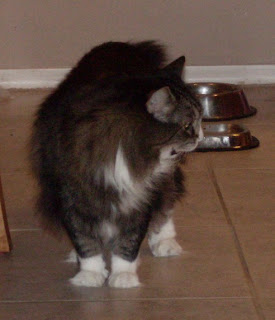 Finny: I had no idea they were adding anything to my food! Mom says it's a phosphate binder so my kidney's stay well! What a shock! I never tasted anything!

Jim: Well the judges have decided to allow this Bob, citing health reasons. So there will be no disqualifications for the grannycat!