Mom here. I can't believe it's been a year since Greyson joined our family. I was so nervous about finding a second cat. I'd always been a single kitty person, but something about Quill called out for a playmate. We had been combing shelters for months looking for the right kitty to pair up with our boy with no luck. Kittens were scarce and none had felt right for our boy.

I had this dream one night of two boy kitties lying next to me in bed - one was Quill and the other one was mostly white with wide tabby patches. I woke up with a sense of calm that told me everything was going to be okay.

A few days later I looked at the local shelter and they had seven kittens listed! I could hardly believe it - kittens had been scarce for months - and now there were seven. I clicked to see the kitties and the picture of Greyson was only showing the top of his head and a little neck. It was just enough to see he was white and tabby-patched.

I was so excited that I practically flew there after work. I couldn't even wait for Hubby to get home. As soon as I saw him I knew two things - he looked like my dream kitty and he was really sick with a cold.

I was so nervous as they opened his cage. He looked so sick and his sneeze and heavy breathing confirmed he was. I picked him up and cuddled him for a few minutes and he burrowed right into my arms. When I put him back in the cage he placed his paws on my chest and made some biscuits and that was that for us.

I was kinda relieved when the shelter said they were going to put him in quarantine for two weeks to get better. I didn't want Quill sick and I couldn't imagine keeping them apart for two weeks.

Hubby and I raced down to the shelter on March 11 to pick him up. He stared up at me with those lovely green eyes (I couldn't even tell what color his eyes were when we met) and I knew it was right. He jumped into Hubby's arms and tucked his head into chest and purred. Hubby had the big moony eyes when I asked if he was "The One" and held him possessively tight.

Greyson played pipe cleaners with Quill under the door for a day. As soon as he saw Quill, it was love at first sight. Greyson rubbed against Quill and then flopped down to wrestle. Quill was taken aback and didn't know what to make of Greyson. Greyson was determined to win him over. 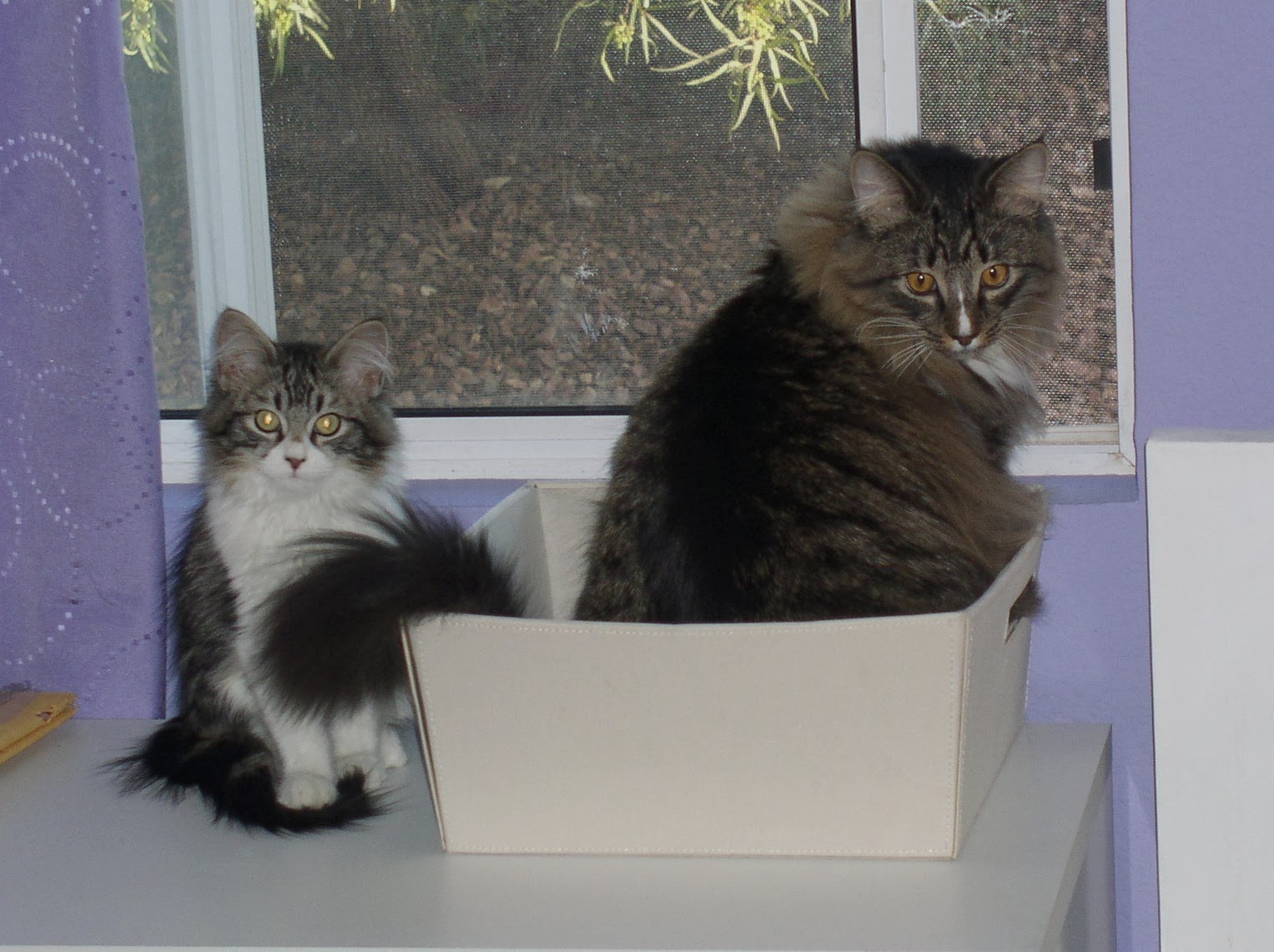 By day two Quill was giving him a bath and I knew we were going to be a happy family. I smile every time I wake up with them both sleeping next to me in bed. 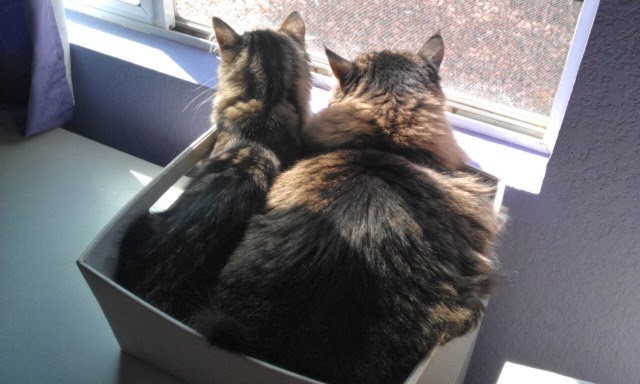 Happy Gotcha Day Greyson we love you our sweet boy! 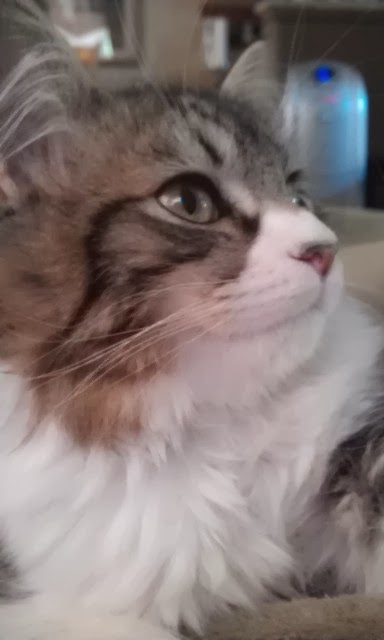 Posted by Quill and Greyson at 4:06 PM