Bob: That's great news Jim! Let's get back to the call! First up we have Eric and Flynn of Two Devon Cats. Wait, it's two ginger boys...

Jim: It's okay Bob, I'm told they have distinctive markings... 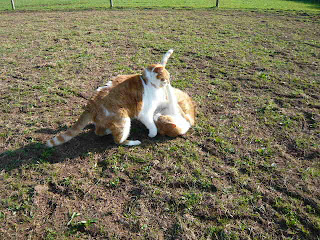 Bob: Well it looks like ginger with the stripey tail has the other ginger pinned! 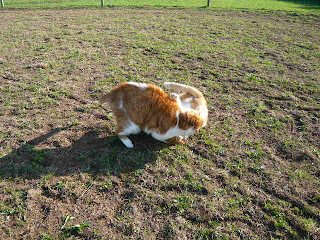 Jim: And the stripey tail has the upper paw! 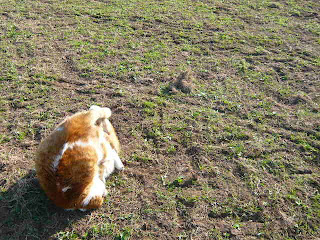 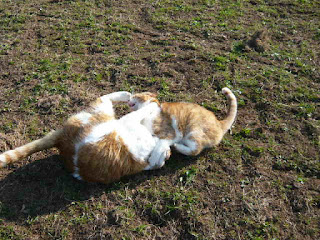 Jim: Dear Cod they both have stripey tails! 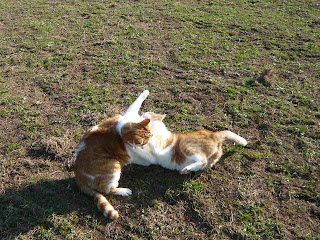 Bob: Okay one has a stripey-er tail, and he appears to be on top, but the one on the bottom is fighting back! 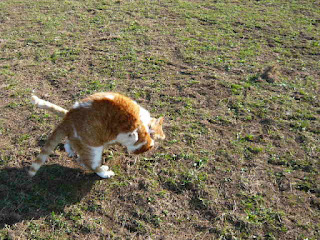 Jim: Looks like they're dancing now... let's just call it a draw and move on to the next match.

Bob: Great idea Jim. Next up we have Nicki and Derry of Fuzzy Tails. ::Covers mic:: Jim! They're both tabbies! 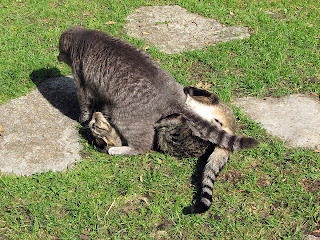 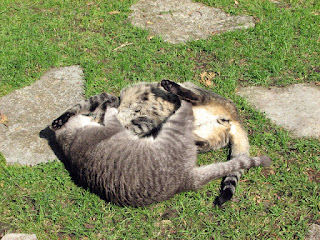 Jim: Look! One of them has a darker stripey tail! I think the lighter stripes is going for gold! 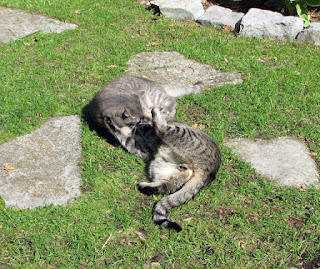 Bob: Wait I think the darker stripey one is fighting back! Look at that back paw action! 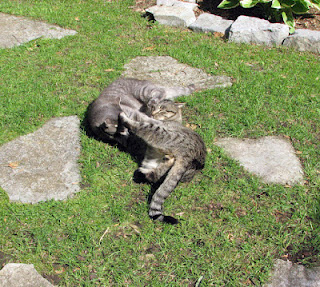 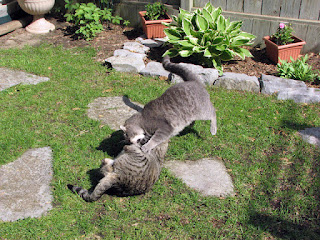 Bob: I think the light stripe has this match paws down!! ::Rustles papers:: I believe that is Derry!

Jim: Well it's been a hard call Bob! Looks like this is the last event here at Fin-Land.

Bob: It sure has been great Jim! I hope we don't have to wait till the next Cat-O-Lympics to come back!
Posted by Quill and Greyson at 5:00 PM