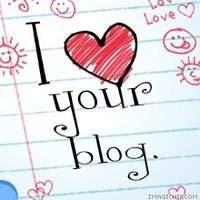 Look at this nice award given to me by Goldie & Shade. They even referred to me as "The Witty Fin" when they passed it along. Isn't that nice. Mommy calls me witty too, but usually she puts the word "Nit" in front of it. Parker gave all her friends the award and since I'm definitely her friend, I received it from her too.

There are some the rules that came with it, but you know I rarely follow any rules (unless they come from Daddy, of course) so let's see how many I break:

1. The winner can put the logo on her blog - Followed
2. Link the person you received your award from - Happily Followed
3. Nominate at least 7 other blogs - Not totally followed - See Below
4. Put links of those blogs on yours - Mostly Followed
5. Leave a message on the blogs that you've nominated - Not precisely followed
So many of my kitty friends have already received the award, I'm not sure who has it and who doesn't. I hate to be a copycat, so if you are on the side of my screen you are one of my "Kitz" and I love you all. So please consider yourself nominated. You can post the award with pride over at your place and pass it on as you would like.
I wanted to point out my favorite human bloggers over on the left. I love both of them for the same reason, they both bring out the best in Mommy, but they inspire her in different ways.
Lifeprints is a great blog by our friend Lisa (Mom of Harry and Domino). Lisa's blogging mission is to report the positive news which doesn't often receive the attention it deserves. Stories about people who are doing good work in the world, like herself.
The other human blog I enjoy is my Aunt Jenny's blog (Mom to Nessa and Mr. Dutch - She still denies her mommyhood to Mr. Dutch, but come on it's been forever - he's your cat). Aunt Jenny is a very talented artist (who just broke her finger). She often has very pretty photos (none of which are cats?) and beautiful words of artistic encouragement that get Mommy all fired up. Aunt Jenny even has a whole website with arty stuff to look at.
I wanted to also thank all the kitties who gave advice on Mommy's blogging addiction, the first step is admitting your Mother has a problem.
Posted by Quill and Greyson at 12:00 AM